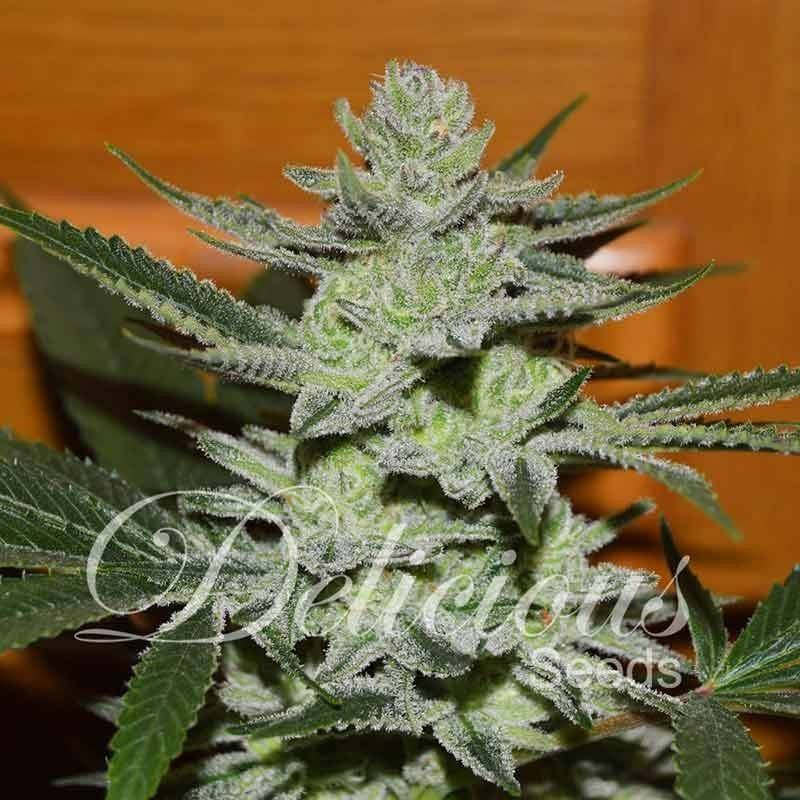 Our new strain, which we’ve decided to call “Desconocida Kush” (“Unknown Kush”), has a high level of THC and has been developed for medicinal use.
To achieve this, we’ve used one of the most sought after strains in American medicinal dispensaries owing to its therapeutic properties, which are very useful in treating conditions such as:

BAY 11, a sativa strain which won the 2011 High Times Cannabis Cup Award, was sent to us as a clone directly from California.
In order to achieve our objective of creating high quality medicinal seeds, we crossed this with a second strain, the genetics of which we don’t want to reveal and which we’re simply going to call DESCONOCIDA KUSH and which gives this plant its name.

The result is an indica/sativa hybrid which gives off an aroma of Haze and Kush at the same time and which produces a clean, yet deeply complex, taste that is a very pleasant mixture of abstract flavours with intense metallic incense notes with acidic traces of lemon, which evoke those legendary kushes and that are so highly valued in the USA.

This strain produces fat, dense, pale green buds that are pleasingly uniform and with a very high PISTIL/LEAF ratio that makes smoking them a real pleasure.

Another of its highly desirable characteristics is the massive number of trichomes produced which cover its leaves, flowers and branches, creating a thick layer of RESIN that gives the plant a sparkly appearance.

This strain has a very important “spiritual dimension”, and if used with respect and common sense, has a great capacity to make you feel at one with yourself and the rest of the world

It’s very common for someone to walk into a room where desconocida kush is being smoked and say: hmmmmm... desconocidaaaaa...